Welcome to Turkey. Arrive in Istanbul Ataturk Airport; our representative will meet you at the airport with your name sign and private transfer to the hotel for overnight stay in Istanbul.

After breakfast, pick up from hotel. The only city in the world located on two continents is Istanbul, which has been the capital of three great empires – Roman, Byzantine and Ottoman – for more than 2000 years.
.
Our tour starts with Hippodrome square where used to take place for chariot races and the Byzantine riots during Roman & Byzantine period. Only a short walk away, we are going to visit Underground Cistern, which was the largest covered water reservoir in Istanbul, built by Justinian I. We will continue walking to Topkapi Palace, was not only the residence of the Ottoman sultans, but also the administrative and educational center of the state. Sultan Mehmed II, the conqueror of Constantinople, constructed it between 1460 and 1478. We will visit the Topkapi Palace including weapons section.
.
After that, we will visit Grand Bazaar where is one of the largest and oldest covered markets in the world, with more than 58 covered streets and over 1,200 shops which attract between 250,000 and 400,000 visitors daily. Opened in 1461, it is well known for its jewelry, pottery, spice, and carpet shops.
.
Drive back to the hotel.

First, visit the Patriarchate at Fener which is the seat of Orthodox Christianity since Constantine The Great’ s declaration as the religion of Roman Empire. Then visit Church of Panagia of Blachernae, the best-known and most celebrated shrine of the Holy Virgin located near Golden Horn. The church is famed with the hagiasma (fountain of holy water), good to cure health problems, and the Hagion Lousma (sacred bath) good to clean the soul where the emperor also came to purify himself. Then see St. Savior in Chora (Kariye Museum) originally a Byzantine monastery with fantastic mosaics and frescoes portraying scenes from a bible, the life and miracles of Jesus. (Closed on Wednesdays) The church is considered one of the most beautiful examples of a Byzantine church.
.
After Chora Museum, see Pantocrator (Zeyrek) from outside. It represents the most typical example of architecture of the Byzantine middle period in Constantinople and is, after Hagia Sophia, the second largest religious edifice built by the Byzantines still extant in Istanbul.
.
Then visit Church of St. Mary Pammacaristos, once housed the Patriarchate for a while after the conquest. The Parekklesion, besides being one of the most important examples of Constantinople’s Palaiologan architecture, has the largest amount of Byzantine mosaics after the Hagia Sophia and Chora Church in Istanbul. See Zoodochos Pege at Balikli, dedicated to the Mother of God at Pege, with an underground cistern, full of gold fishes related to a well – known miracle, and the fountain of holy water. Visit St. Sergius and Bacchus from outside, a landmark in Byzantine ecclesiastical architecture.
.
This Byzantine building with a central dome plan was erected in the 6th century and was a model for the Hagia Sophia, the main church of the Byzantine Empire. Then see Hagia Eirene from outside, the old patriarchal church with its impressive size stands next to Hagia Sophia. The building reputedly stands on the site of a pre – Christian temple. It ranks, in fact, as the first church built in Constantinople
.
Lastly, visit Hagia Sophia, a former Orthodox patriarchal basilica, later a mosque and now a museum. Famous in particular for its massive dome, Hagia Sophia is considered the epitome of Byzantine architecture and is believed to have “changed the history of architecture”. See spectacular mosaics, which depict the Virgin Mother, Jesus, saints, Byzantium emperors and empresses and biblical scenes.

After breakfast check out from the hotel and private transfer to Istanbul airport for your flight back home.
The end of our services. 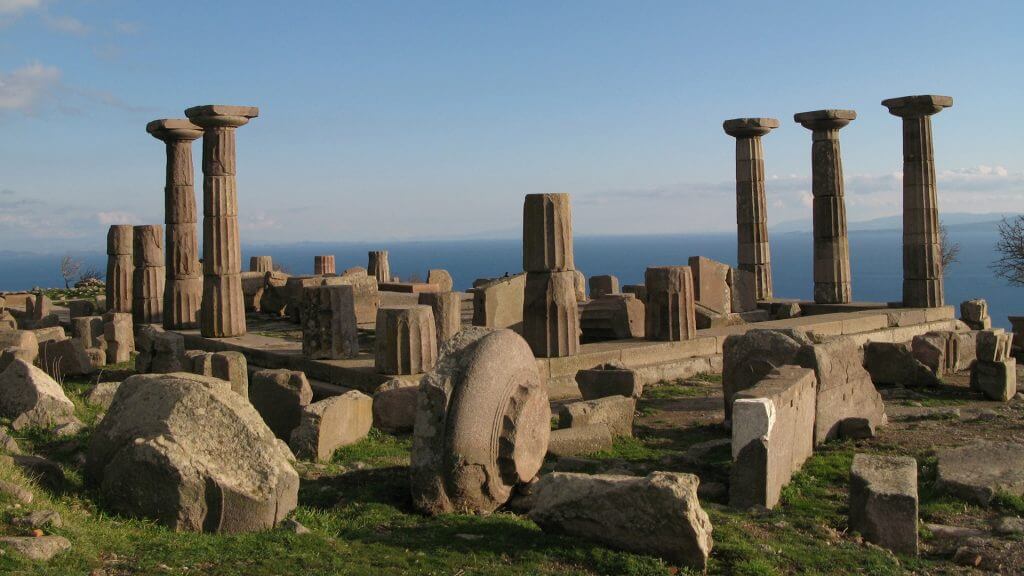