Starting from 59 USD / Per person

Your private guide will meet you at Izmir Port. After greeting, we will have 45 mins. Drive to Ephesus area. Ephesus (Rev. 2:1-7), major port city on the Aegean, was the commercial, political, and religious center of all of Asia Minor. After a lunatic completely burned the Temple of Diana (Artemis) on the night, that Alexander the Great was born in 356 B.C. The Ephesians worked for 120 years to complete a magnificent reconstructed temple, one of the Seven Wonders of the ancient world. The city became part of the Roman Empire in the second century B.C. As a Roman capital of Asia Minor, Ephesus boasted a population approaching 250,000 people. The Apostle Paul’s first visit to Ephesus was brief—during his second missionary tour (Acts 18:19-21). His second visit lasted about three years—during his third missionary tour (Acts 19:1 to 20:31). Luke’s account of the worship of Diana appears in Acts 19:34-35. The Great Theatre (stadium) mentioned in Acts 19:29-31 could seat 25,000 people. Walk the marble-paved street with grooves made by chariot wheels. See the Fountain of Trojan, the Library of Celsus and the Great Theatre.Visit the Chapel of the Virgin Mary (Double Church), where the Third Ancient Council convened.
.
After the tour, you will drive back to port. End of services. 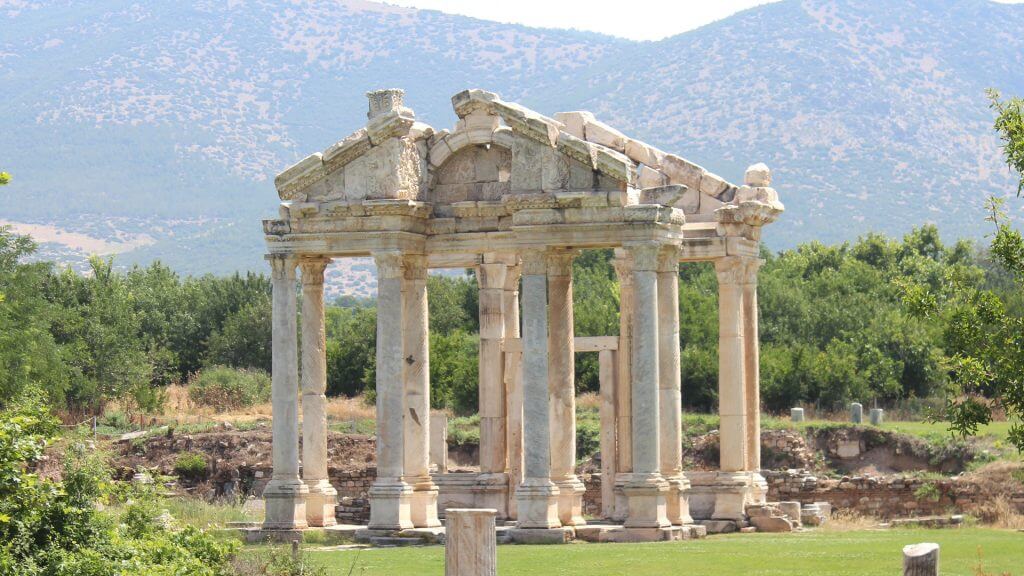 Cities Through the Ages